A Scarf osteotomy is a type of procedure for hallux valgus and the term “scarf” describes the shape of the bone cut (osteotomy) that the surgeon uses. It was popularized in Europe and the term originates from an architectural and carpentry term defined as: “a joint made by notching, grooving, or otherwise cutting the ends of two pieces and fastening them together so that they lap over and join firmly into one continuous piece.”

The scarf osteotomy is preferred by some surgeons because it allows movement of the bone in a number of different planes and can therefore be very versatile.

The osteotomy in itself involves a Z-shaped cut in the first metatarsal which can then be moved and fixed in this new position, usually with two small screws. The excess bone on the inside of the foot (medial side) is then removed. The procedure to correct hallux valgus also involves a release of the tight ligaments (lateral release) and tightening of the loose ligaments (medial plication) to balance the joint. Often another osteotomy called an Akin is made in the proximal phalynx (first bone of the great toe) to complete the surgical correction.

The foot is usually then supported in a bandage and the patient asked to keep weight off the front of the foot for up to 6 weeks. 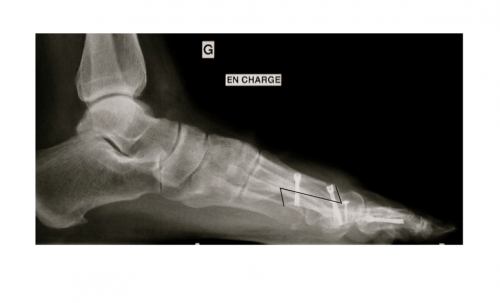 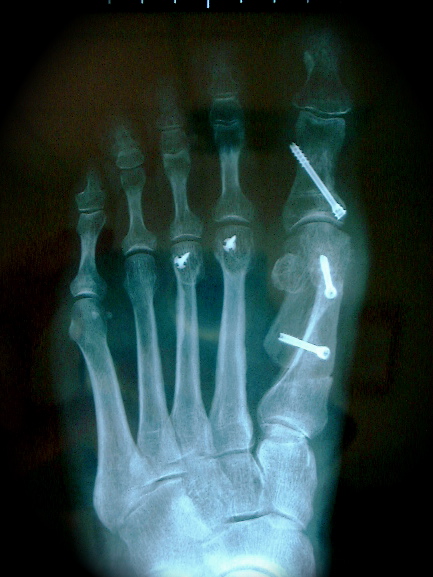 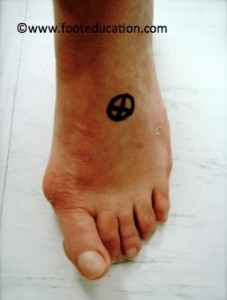 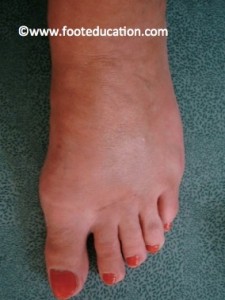